Your Guide To Land Subdivision In Alberta

By its definition, land subdivision is rather simple. It is the process of dividing land into smaller parcels to make them available for sale. The benefits of this are two-fold in that it is an opportunity for individuals to purchase undeveloped property, and the ability to sell individual lots for additional revenue.

However, while it is a profitable pursuit for both the buyer and seller, the process itself can be quite complex.

This article will explain how land subdivision works in Alberta and highlight some of its benefits for potential sellers and investors.

What Does It Mean To Subdivide Land In Alberta?

Simply put: a land subdivision is a legal process that breaks land down into smaller parcels.

As previously mentioned, there are a number of reasons why undeveloped land might be sold or bought. However, from an investor and developer’s standpoint, it is especially beneficial because they can purchase the land at a lower price and then sell individual lots for additional revenue once development has been completed.

This allows them to build more affordable yet still turn a profit over time.

The second reason someone might choose to subdivide land in Alberta is simply for investment purposes rather than development. This practice can also be beneficial, but it hinges on the ability of buyers to purchase undeveloped property without having a specific plan in place to build or use it.

For example, you might buy a large parcel of undeveloped property and then subdivide it into smaller lots for sale without putting too much work into the development process. This way you can increase your profits and put less effort in than if you were selling larger undeveloped plots.

Benefits of Land Subdivision In Alberta

There are a number of reasons why someone might want to subdivide land in Alberta. However, the main reason is typically to build on it or sell off building lots for profit.

In either case, there are several benefits associated with this practice.

Land subdivision is a great way for developers and investors to make money off an undeveloped property. For real estate investors, this can mean two things:

For owners of undeveloped land in Alberta, the benefits of subdivision are a little different. 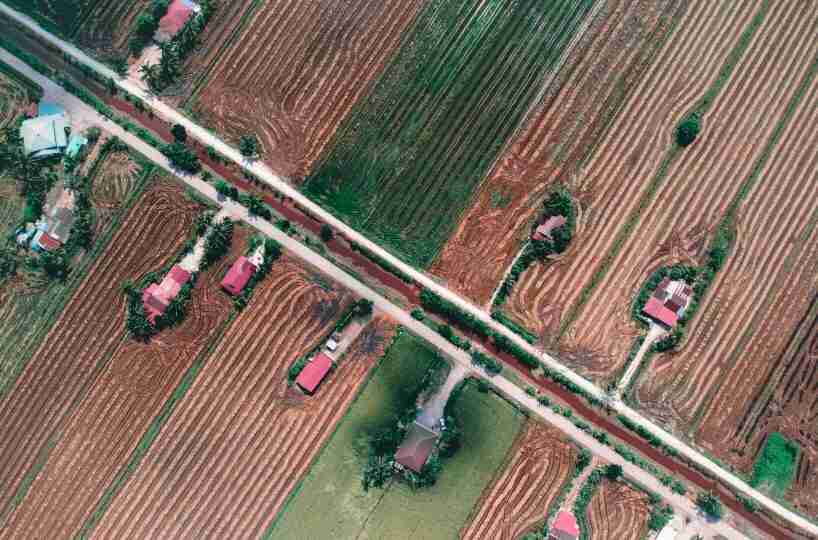 What’s The Process Of Land Subdivision In Alberta?

The process of land subdivision is a little complicated, but it usually falls under two categories: undeveloped property and developed real estate.

Let’s explore the processes of both categories below.

The Process Of Subdividing Undeveloped Land For Sale Alberta

First, let’s take undeveloped plots because they are typically the most common type to see in this area. In general, undeveloped plots of land are bought and subdivided into lots that can be sold or developed for new construction.

This process usually takes a bit of time, but it can be completed with the following steps:

The Process Of Subdividing Developed Land For Sale Alberta

With developed real estate, the process is pretty much reversed. The undeveloped land in this case already has a developed structure on it and therefore cannot be subdivided for sale. Instead, individual building lots are created around that existing structure or home by either dividing them off of an undeveloped plot or pulling down part of the house to make way for another unit.

This process is different for developed land because it typically requires the following steps:

Looking For Undeveloped Land For Sale Alberta To Subdivide?

Here at Hansen Land Brokers, we have undeveloped properties available across Alberta that can be divided up to meet the needs of your investment portfolio or new construction project. Ask us about these properties today!